THIS WEEK IN LITERARY HISTORY 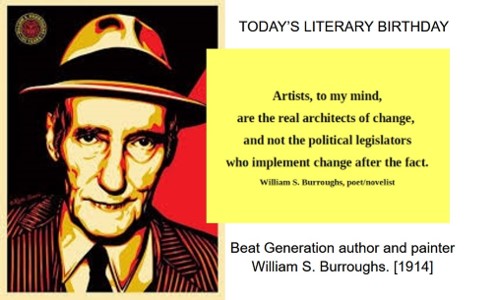 Burroughs was a primary figure of the Beat Generation and a major postmodernist author who wrote in the paranoid fiction genre, and his influence is considered to have affected a range of popular culture as well as literature.